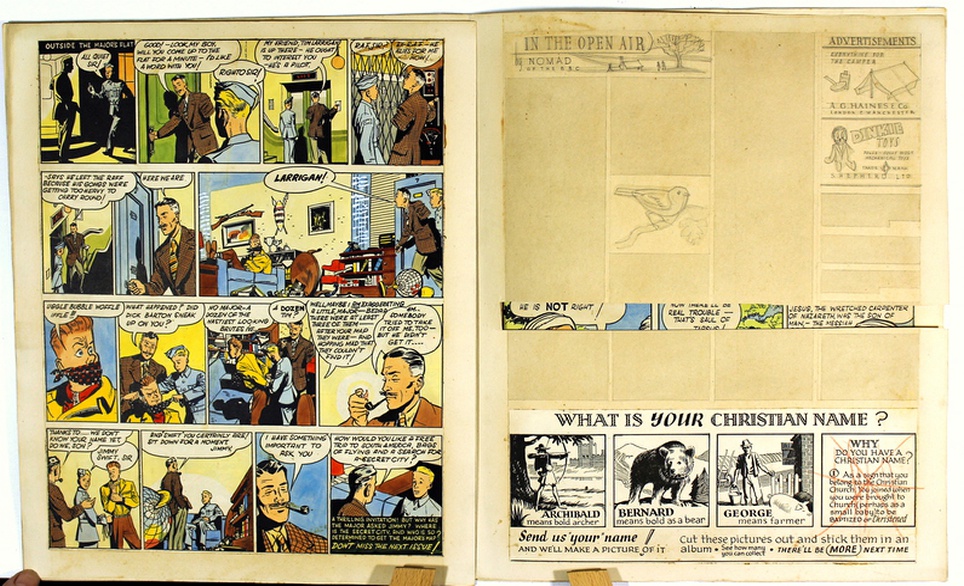 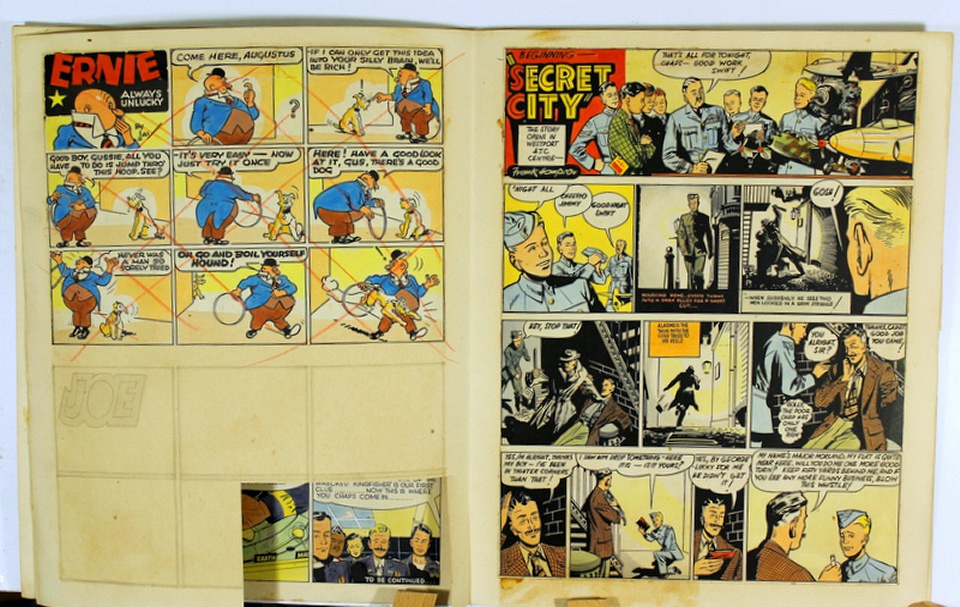 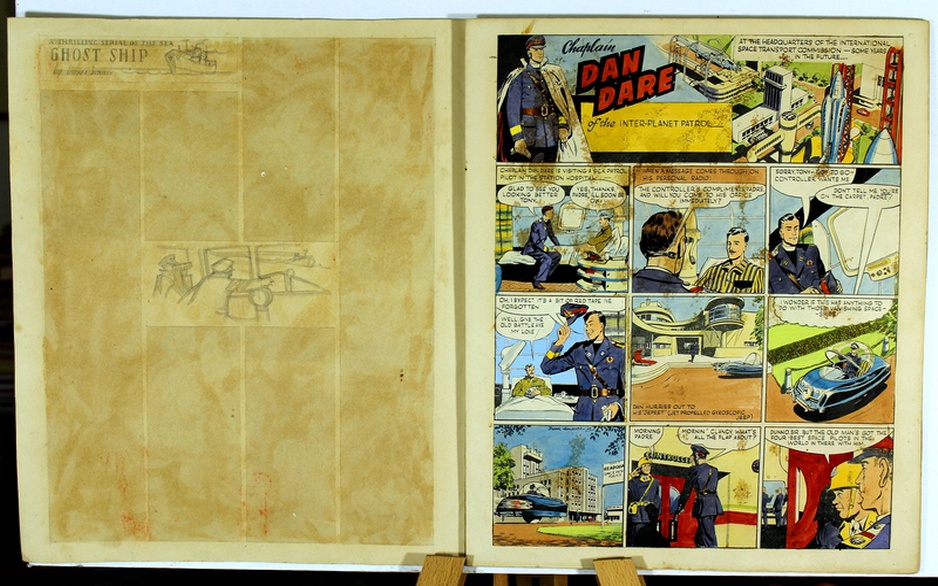 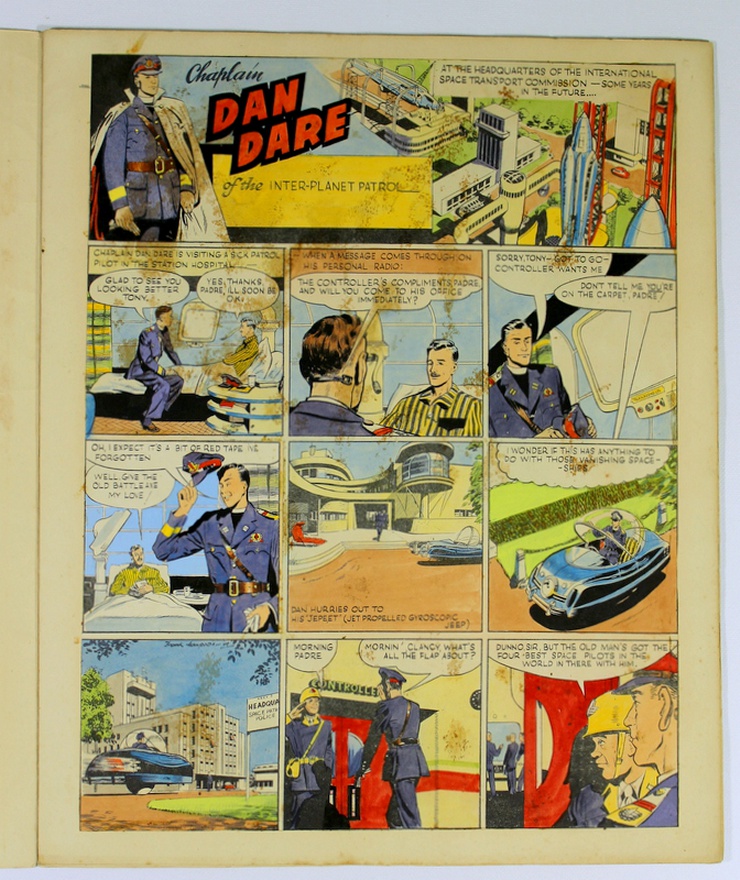 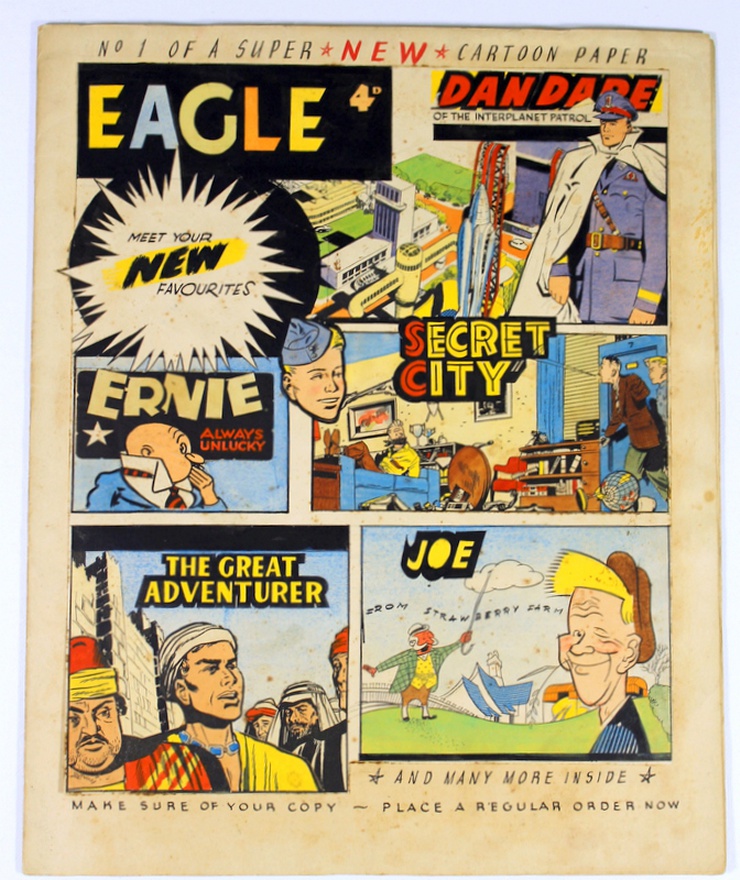 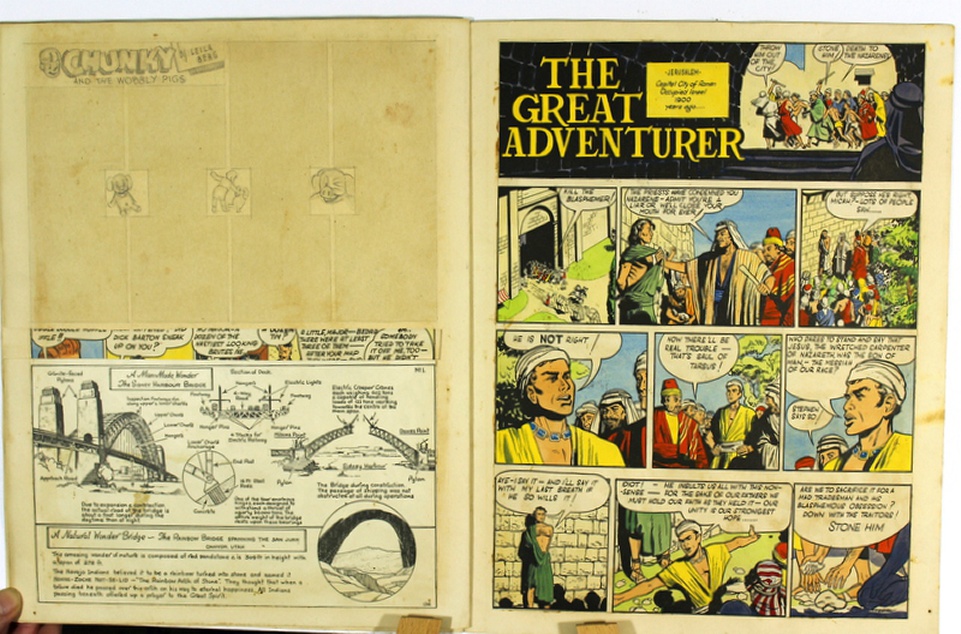 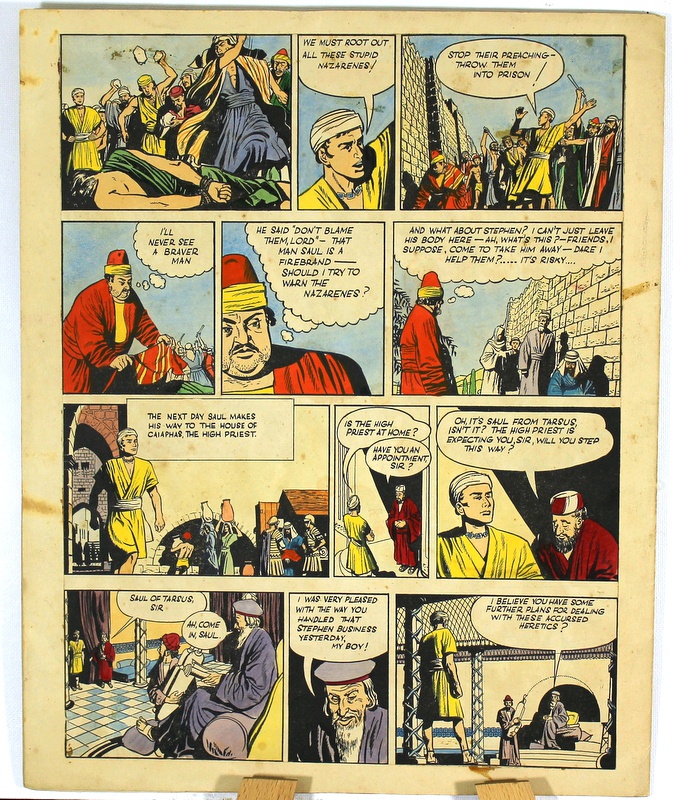 He therefore commissioned my father to draw a single strip about an East End vicar, 'Lex Christian'. This completely failed to get off the ground, but undeterred, the men decided to go all out and produce an entire comic instead. My father suggested that outer space and science fiction would provide a wider and more enticing playing field than the East End of London, and so he transformed Lex Christian into 'Chaplain Dan Dare of the Interplanet Patrol', complete with dog-collar and cape. It would later be decided to drop the overt Christian message entirely and call him simply, Colonel Dan Dare, but the dummy comic portrays the 'interim' Dan with his dog collar still intact.

The most striking difference between the Dan Dare of the dummy comic and the Dan Dare who was to become 'the strip that sold the Eagle' is the presence of a dog collar. This is easily explained.

The idea to produce a new sort of comic for boys was the brain child of Marcus Morris, an Oxford educated Vicar who, deploring the influx of cheaply produced American 'horror comics' with their crude and senseless violence, wanted to combat their influence with a high quality strip cartoon publication, promoting wholesome, Christian values.